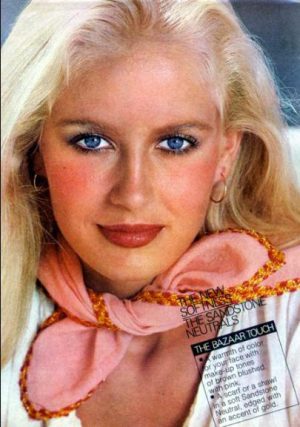 Bitten Knudsen was a Danish model. Bitten Knudsen was born in Denmark. She was an actress, known for Hollywood Vice Squad (1986). She was a top model of the 70's. She was one of the most photographed Supermodels of the 1970's and early 1980's and best friend of fellow Supermodel Gia Carangi.
She dated Warren Beatty. Warren Beatty is an American actor and filmmaker. He has been nominated for fourteen Academy Awards – four for Best Actor, four for Best Picture, two for Best Director, three for Original Screenplay, and one for Adapted Screenplay – winning Best Director for Reds (1981).