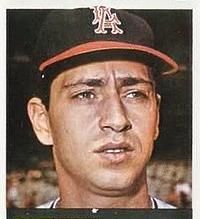 Robert passed away on November 23, 2001 at the age of 64 in Las Vegas, Nevada, United States. Robert's cause of death was heart attack.

Robert "Bo" Belinsky (December 7, 1936 – November 23, 2001) was an American left-handed pitcher in Major League Baseball, who became an instant southern California celebrity as a rookie with the original Los Angeles Angels, especially when the fourth of his season-opening four straight wins was a no-hitter against his former organization, the Baltimore Orioles. Belinsky is one of only two pitchers in Angels franchise history to start his career with a four-game winning streak or better (the other being Jered Weaver).