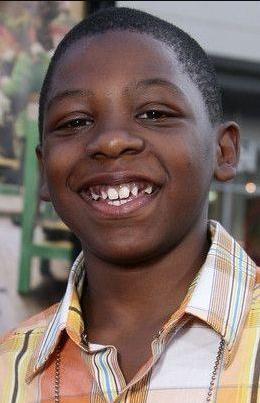 Bobb'e is alive and kicking and is currently 26 years old.
Please ignore rumors and hoaxes.
If you have any unfortunate news that this page should be update with, please let us know using this .

Does Bobb'e J. Thompson Have the coronavirus?

Bobb'e Jacques Thompson (born February 28, 1996) is an American actor. He is known for playing Tracy Jr. on 30 Rock, Stanley on That's So Raven, Ronnie Shields in Role Models, Jimmy Mitchell on the short-lived NBC series, The Tracy Morgan Show lasted for one season from 2003–2004, his appearance in commercials for the PlayStation Portable, and being the host of his own television series Bobb'e Says, which aired on Cartoon Network block CN Real, but it was cancelled due to low ratings. Thompson had a recurring role on the hit series Tyler Perry's House of Payne. As a five year old, he performed Bow Wow (rapper)'s song "Bow Wow (That's My Name)", on a show hosted by Steve Harvey. The video of this has been uploaded on YouTube and has over 3 million views. He currently has a supporting role as M.J. Williams on Tyler Perry's For Better or Worse.