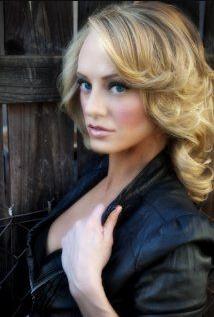 Brooklynne is alive and kicking.
Please ignore rumors and hoaxes.
If you have any unfortunate news that this page should be update with, please let us know using this .

Does Brooklynne James Have the coronavirus?

Brooklynne was born in Los Angeles, California where she began her career at the age of 5 after being spotted on a family vacation to Sea World. She began modeling and appeared regularly in department store ads, which led to roles in local theater groups. Her acting career was put on hold when her parents decided not to raise their children in the city and relocated to the Southern California resort mountain community of Big Bear Lake.After graduating high school Brooklynne moved to Belgium where she studied theater at the Universite Libre de Bruxelles. While living in Belgium Brooklynne co-founded the Loplop Improv Comedy Group. After earning her degree Brooklynne moved back to Los Angeles and began pursuing her dreams of acting.Brooklynne has one older sister, who is a District Attorney for the county of Los Angeles. Her mother is a novelist and a Political Science Professor, her father is a retired Burbank Fire Captain.