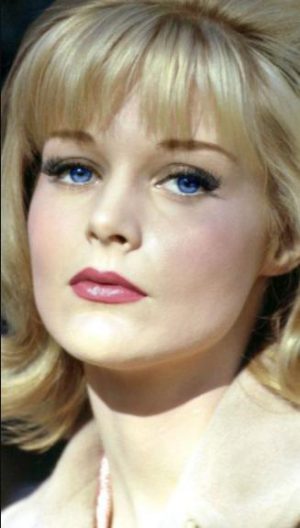 Carol is alive and kicking and is currently 80 years old.
Please ignore rumors and hoaxes.
If you have any unfortunate news that this page should be update with, please let us know using this .

Does Carol Lynley Have the coronavirus?

Carol Lynley is an American actress and former child model.
Lynley is perhaps best known for her film roles in Return to Peyton Place, Under the Yum Yum Tree, Bunny Lake is Missing, The Pleasure Seekers, The Cardinal, and The Poseidon Adventure, in which she performed the Oscar-winning song "The Morning After" (although her singing voice was dubbed by studio singer Renee Armand).

She appeared in the pilot television movies for Kolchak: The Night Stalker and Fantasy Island. Her many other series appearances include The Big Valley, Mannix, It Takes a Thief, Night Gallery, The Invaders, Kojak, Hawaii Five-O, Hart to Hart, and Charlie's Angels. Lynley appeared in the fourth season of The Man from U.N.C.L.E. in the two-part episode "The Prince of Darkness Affair".
In 1960, she married publicist Michael Selsman. The marriage produced one child, Jill Selsman (a director of short films), and ended in divorce in 1964. Lynley had an 18-year intermittent affair with English broadcaster and writer David Frost.