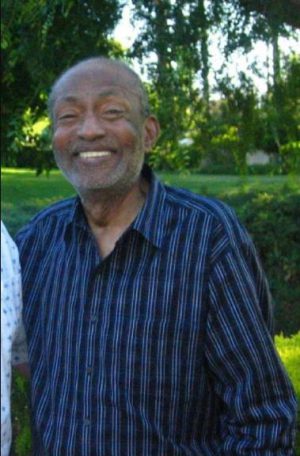 Charles passed away on April 13, 2012 at the age of 73. Charles's cause of death was kidney failure.

Charles C. "Charlie" Washburn (1 May 1938 – 13 April 2012; age 73) was an assistant director who worked on Star Trek: The Original Series and the first season of Star Trek: The Next Generation. Lt. Washburn, portrayed by Richard Compton in the episode "The Doomsday Machine", was named after him.Washburn left college in Memphis with a degree in Business Major. Some years later he went to school again in Milwaukee, feeling that writing ads was exciting for him. There he discovered directing. The following years he moved to New York and Los Angeles. In Hollywood he got into an apprentice program. Washburn is the first African-American who applied, and then graduated from the Director Guild of America (DGA)'s trainee program. His work on The Original Series was Washburn's first job following his apprenticeship. Later people nicknamed him "Charlie Star Trek" because of his association with the now legendary series. Washburn was interviewed in the fan-magazine "Inside Star Trek", issue 9, March 1969 and explained that there were two assistant directors on the production of The Original Series and that it was among his duties to prepare the schooting schedule, creating the call sheets, releasing the calls for the actors, and hire and pay the background extras with the help of Independent Casting. Washburn's first job following his time on Star Trek was the part of the second assistant director on adventure movie Skullduggery (1970) on which he also appeared as a Papuan. The film also featured Trek actors Roger C. Carmel and Booker Bradshaw. The following years he worked as assistant director on the comedy series The Bill Cosby Show (1969-1971), the drama Brother John (1971, directed by James Goldstone), the television science fiction film Earth II (1971, with Gary Lockwood and Mariette Hartley), the crime drama Melinda (1972), the music drama Lady Sings the Blues (1972), the documentary Wattstax (1973), the comedy Uptown Saturday Night (1974), the television series Vega$ (1978-1979), and the television drama Don't Look Back: The Story of Leroy 'Satchel' Paige (1981, directed by Richard Colla).Beside his credits Washburn appeared as a background actor in the crime thriller Dirty Harry (1971), was the executive in charge of production on The Six Million Dollar Man episode "Bigfoot V" (1977), and worked as unit production manager on the comedy Bustin' Loose (1981, set decoration by John M. Dwyer).Around 1986, Washburn considered writing a book about his experiences in television, especially regarding his work on Star Trek. However, the book never realized. In that year though, he has submitted a feature article to the magazine Starlog (issue 112), detailing his career. He had also worked with Star Trek alumni Rex Holman and was instrumental in casting him as Morgan Earp for the third season episode "Spectre of the Gun", after the original actor cast was fired.In 1987, Washburn was among the production staff members from The Original Series, whom Gene Roddenberry recruited for Star Trek: The Next Generation. He worked as a First Assistant Director on the first season of the new series.In 2007, Washburn joined the filming of the fan production Star Trek: New Voyages and worked as first assistant director on David Gerrold's double episode "Blood and Fire" which was released in 2008 and 2009. Beside writer and director Gerrold, the two episodes also featured Trek alumni Daren Dochterman, Bill Blair, Leslie Hoffman, Fred Steiner, Ronald B. Moore, Denise Crosby, and John Carrigan. He died of kidney disease on 13 April, 2012 in his native Memphis.