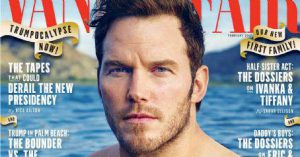 Christopher is alive and kicking and is currently 42 years old.
Please ignore rumors and hoaxes.
If you have any unfortunate news that this page should be update with, please let us know using this .

Does Chris Pratt Have the coronavirus?

Christopher Michael Pratt is an American film and television actor. He came to prominence from his television roles, including Bright Abbott in Everwood (2002), Ché in The O.C. (2003), and Andy Dwyer and Parks and Recreation (2009), and notable film roles in Moneyball (2011), The Five-Year Engagement (2012), Zero Dark Thirty (2012), Delivery Man (2013), and Her (2013). In 2014, he broke out as a leading man after headlining two of the year's biggest films: he voiced Emmet Brickowoski, in The LEGO Movie (2014), and starred as Peter Quill / Star-Lord in Guardians of the Galaxy (2014). In 2015, he headlined the sci-fi thriller Jurassic World (2015), the fourth installment in the Jurassic Park franchise and his most financially successful film. In 2016, he co-starred in the remake The Magnificent Seven (2016), with Denzel Washington and Ethan Hawke, and appeared with Jennifer Lawrence in the sci-fi drama Passengers (2016). In the near future, he returns as Star-Lord for Guardians of the Galaxy Vol. 2 (2017), with Jurassic World: Fallen Kingdom (2018) not far behind.
In 2007, on the set of Take Me Home Tonight, Pratt met actress Anna Faris, who played his love interest in the film. They were engaged in late 2008 and married in Bali, Indonesia on July 9, 2009, eloping on a whim after a friend's wedding. They lived in the Hollywood Hills neighborhood of Los Angeles, California.

Pratt and Faris, pregnant with their child, had a "coming home" celebration with friends and family back in the Seattle area in 2012, which was used as a basis for a challenge for an episode of Top Chef, which was filming in Seattle at the time; the episode was filmed at the recently-opened Chihuly Garden and Glass exhibit at Seattle Center. Their son, Jack, was born in August 2012. Pratt stated that the birth of his preterm son "really defined" his faith in God, after both he and his wife "prayed a lot" as they were initially afraid of the baby's prognosis.
Pratt was raised Lutheran and later worked for Jews for Jesus, eventually becoming a non-denominational Christian.
On August 6, 2017, Pratt and Faris announced their legal separation. Almost four months later, on December 1, Pratt filed for divorce.