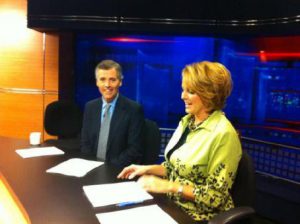 Cindy is alive and kicking and is currently 58 years old.
Please ignore rumors and hoaxes.
If you have any unfortunate news that this page should be update with, please let us know using this .

Cindy Williams is an award winning news anchor with WCSH 6 in Portland, Maine. Williams has won several awards from the Associated Press and the Maine Association of Broadcasters for her anchoring and reporting. She has been with WCSH since 1989. She graduated from the University of Southern Mississippi in 1985 with a degree in Radio, Television and Film.
Williams held the Miss Mississippi USA 1986 title and placed third runner up in the 1986 Miss USA pageant, alongside other runners-up Halle Berry and Kelly Parsons. She was also a semi finalist in the 1986 Miss International contest. Williams remained involved with pageantry, hosting the 1996 Miss Maine pageant.

Cindy Williams is seen as a news anchor for WCSH in Portland, Maine. She is seen on weeknights at 5, 5:30 and 6. She co-anchors with Pat Callaghan at 5 and 6 and with Rob Caldwell at 5:30. She also rotates with other station personnel as anchor of the statewide 12 noon weekday newscast.
Cindy married Lee Nelson on August 19, 1989. The couple had two sons.