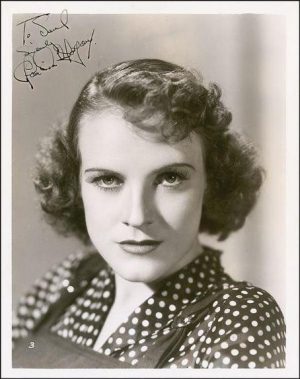 Claudia Morgan (June 12, 1912 – September 17, 1974) was an American film, television and radio actress. She was best known for playing the role of Vera Claythorne in the first Broadway production of Agatha Christie's Ten Little Indians and for her portrayal of Nora Charles on the 1940s radio series, The Adventures of the Thin Man.