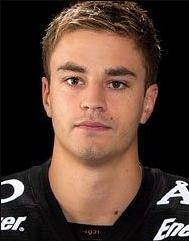 Daniel is alive and kicking and is currently 35 years old.
Please ignore rumors and hoaxes.
If you have any unfortunate news that this page should be update with, please let us know using this .

Daniel Niklas Bång (born April 19, 1987 in Kista, Sweden) is a Swedish professional ice hockey Right wing currently playing for Lausanne HC of the Swiss National League A (NLA). After signing a 1-year contract with LHC, he signed a 2-year extension in January 2014. He was part of the LHC team who qualified for the playoffs for the first time in the club's history on March 4, 2014. They went on to push the top seed ZSC Lions to a seventh game that they lost 1-0 in Zurich. He played 8 NHL games with the Nashville Predators but spend most of the 2012/13 season with their American Hockey League (AHL) affiliate the Milwaukee Admirals. He played as a youth with Kista HC and AIK.