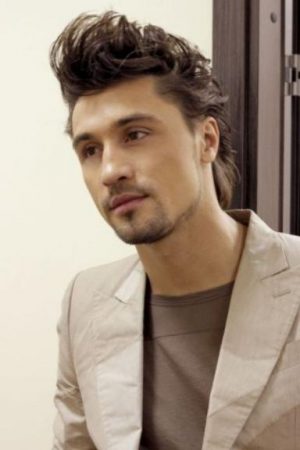 Dima is alive and kicking and is currently 40 years old.
Please ignore rumors and hoaxes.
If you have any unfortunate news that this page should be update with, please let us know using this .

Does Dima Bilan Have the coronavirus?

Díma Bilán is a Russian actor, singer-songwriter and historian of Karachay descent. Bilan represented Russia at the Eurovision Song Contest 2006 with "Never Let You Go", finishing second, and he won the contest in 2008 in Belgrade, with the song "Believe". He has had several Russian number one hit records.
With his unique talent and exceptional abilities, vocal sensation Dima Bilan commanded the world's attention in May 2006 when he represented Russia at The Eurovision Song Contest (2006) in Athens, Greece. Dima was the hunk who took the honorable second place, conceding only Finland, with remarkable stage performance of his hit single "Never Let You Go".

In September 2006, for second year in a row, Bilan won Artist of the Year and Song of the Year at MTV Russia Music Awards. On November 2nd he represented Russia at MTV EMA in Copenhagen.
Dima Bilan is one of the three coaches of the Russian reality talent show The Voice Kids in seasons 1–4. His team's artists became the winners of this show in the third (Danil Pluzhnikov) and in the fourth (Elizaveta Kachurak) seasons, respectively.