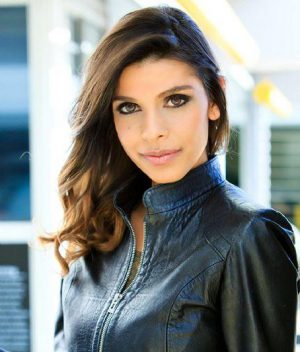 Dorisa is alive and kicking.
Please ignore rumors and hoaxes.
If you have any unfortunate news that this page should be update with, please let us know using this .

Award winning actress Dorisa, was born in the City of Angeles. She lived in Iran from ages 5 to 14 when she returned to the United States. After completing her studies at UC Berkeley and Harvard University, she studied acting and theatre arts. She lived in New York, Milan and Barcelona.In 2016 she can be seen starring in a film that was accepted into Cannes, "London and the Muse," playing a child prodigy painter who after the accidental death of her little brother due to her father's drunk driving has not painted for 15 years. Through a macabre series of events, finding her muse, Luisa Casati, she makes an attempt to redeem herself. She won best actress at the LA Shorts Awards. She also played Mayan in an AFI short "Terp" (2015) which got adapted to an Oscar nominated short "Day One" (2016). Dorisa played an Afghan woman in a military camp facing child birth in dire conditions without medical support. She has appeared in television shows such as Mindy Project, How to Get Away with Murder, and The Bridge playing Sicarios girl. In 2015, she appeared in a national Discovery Channel commercial "Animal Planet, Monster Week." Dorisa has played in numerous stage productions, such as "Worlds," playing a young woman who helps reawaken her forgotten self.She trained at Playhouse West, Improv Olympic and other studios. Dorisa survived persecution in Iran during one of the most difficult times of its history when the country was and still is undergoing a political turmoil. Her background inspired a new artistic goal for her: "to live out the emotional aspect of a story by truthfully heightening our awareness, by understanding ourselves as how we are as opposed to how we wish to be in order to experience this magical emotional journey." To achieve this goal, she continues to take on challenging roles and study acting intensely.Though a native English speaker, she is fluent in Farsi.