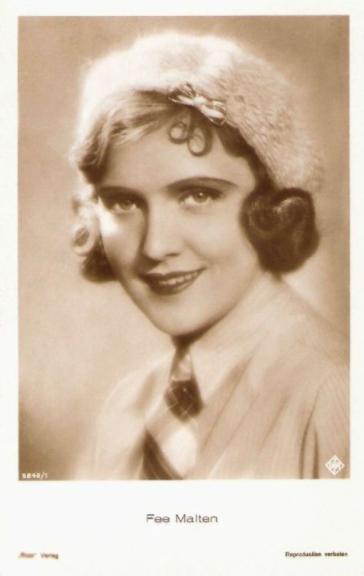 Fee Malten (1911–2005) was a German film actress, who later emigrated to the United States. Born in Berlin as Felicitas Mansch, Malten appeared as a leading lady in both silent and sound films of the late Weimar era. Due to her Jewish background she was compelled to go into exile following the Nazi takeover in 1933. She eventually settled in the United States where she continued to act, generally in much smaller parts than she had received in Germany.