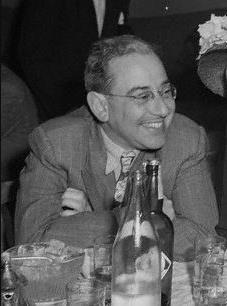 Felix passed away on December 7, 1992 at the age of 90 in Woodland Hills, Los Angeles, California. Felix's cause of death was congestive heart failure.

Felix Jackson (June 5, 1902 – December 7, 1992) was a German-born American screenwriter and film producer. He was born in Hamburg as Felix Joachimson. Jackson was a city editor in Germany at 21, then a dramatic and music critic, and helped manage three theaters in Berlin. He joined Joe Pasternak as a producer in Budapest in 1933. He began working in the German film industry, before relocating after the rise of the Nazi party. He moved to Austria and Hungary in the mid-1930s where he frequently collaborated with the director Henry Koster. His screenplay for the 1935 film Little Mother served as the basis for a Hollywood remake Bachelor Mother (1939) which was nominated for an Academy Award.