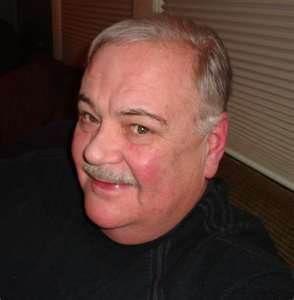 Gailard is alive and kicking and is currently 76 years old.
Please ignore rumors and hoaxes.
If you have any unfortunate news that this page should be update with, please let us know using this .

Gailard Sartain (born September 18, 1946) is a former American actor, often playing characters with roots in the South. He was a regular on the country music variety series Hee Haw. His best known role is Chuck in Ernest Saves Christmas and Ernest Goes to Jail as well as on Hey Vern, It's Ernest. He is also an accomplished and successful painter and illustrator.
Discovered by a talent scout during his stint as Mazeppa, Sartain was hired in 1972 as a regular on the television program Hee Haw. Sartain remained as a regular cast member of the popular show for nearly 20 seasons. He also served as a regular on other series including Cher (1975–76) and Shields and Yarnell (1978). Sartain played C.D. Parker for one episode during the pilot season of Walker, Texas Ranger. He supplied the voice of a social worker in the pilot episode of the animated series King of the Hill. Sartain also portrayed an advisor to Louisiana Governor Earl Long (played by Paul Newman) in the movie Blaze.

Sartain has appeared in more than forty motion pictures, most notably as The Big Bopper in The Buddy Holly Story, Sheriff Ray Stuckey in Mississippi Burning, The Outsiders, The Hollywood Knights, Fried Green Tomatoes, The Replacements as Offensive Assistant Coach Leo Pilachowski,The Big Easy, The Grifters, Getting Even with Dad, The Patriot, and an uncredited role in the 1994 comedy Wagons East starring John Candy and Richard Lewis.
Sartain also appeared in a deleted scene from the Steve Martin comedy The Jerk as a Texas oil millionaire who successfully begs for $1500 (in cash) to replace the cracked leather seats on his private airplane: "You know what this means? I can fly my friends to the Super Bowl like a man, not like some kinda god-danged bum!"
A successful illustrator, Sartain's artistic credits range from record cover designs for such artists as Leon Russell (Will O' the Wisp) to illustrations for nationally published magazines.