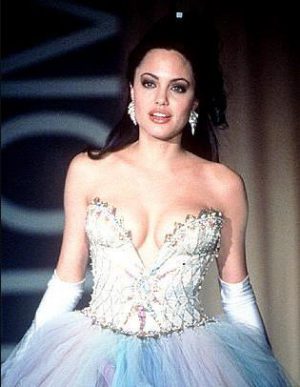 Gia passed away on October 18, 1986 at the age of 26 in Philadelphia, Pennsylvania. Gia's cause of death was aids.

Gia Marie Carangi (January 29, 1960 – November 18, 1986) was an American fashion model during the late 1970s and early 1980s. Carangi is considered by some to be the first supermodel, although that title has been applied to others, including Janice Dickinson, Dorian Leigh, and Jean Shrimpton. Model Cindy Crawford was later referred to as "Baby Gia" due to her resemblance to Carangi.Carangi was featured on the cover of fashion magazines, including the April 1979 edition of British Vogue, the April 1979 and August 1980 editions of Vogue Paris, the August 1980 edition of American Vogue, the January 1981 edition of Vogue Italia, and several issues of Cosmopolitan between 1979 and 1982.After she became addicted to heroin, Carangi's modeling career rapidly declined. She later contracted HIV, which claimed her life at the age of 26. Her death was not widely publicized and few people in the fashion industry knew of it. Carangi is thought to be one of the first famous women to die of AIDS. Gia, a biographical film starring Angelina Jolie, debuted on HBO in 1998.Early lifeCarangi was born in Philadelphia, Pennsylvania. She was the third and youngest child of Joseph, a restaurant owner, and Kathleen (née Adams) Carangi, a homemaker. She had two older brothers. Her father is Italian, and her mother is of Irish and Welsh ancestry. Joseph and Kathleen had an unstable, violent marriage leading Kathleen to ultimately abandon the family when Carangi was eleven years old. Those who knew her blamed her "fractured childhood" for the instability and drug-dependence that plagued her adult life. She was described as "needy and manipulative" by relatives who recalled her as spoiled and shy as a child and a "mommy’s girl" who did not receive the motherly attention that she desired. In her adolescent years, Carangi found the attention she sought from other teenage girls, befriending them by sending flowers. While attending Abraham Lincoln High School, Carangi bonded with "the Bowie kids", a group of obsessive David Bowie fans who emulated Bowie's "defiantly weird, high-glam" style. Carangi was drawn to Bowie for his fashion preferences and his ambiguous gender play and outspoken bisexuality. One of Carangi's friends spoke of her "tomboy persona," describing her relaxed openness about her sexuality as reminiscent of the character Cay in the 1985 film Desert Hearts. Carangi and her "bi-try Bowie-mad" friends hung out in Philadelphia’s gay clubs and bars. Though she associated with the lesbian community, she did not want to take up "the accepted lesbian style". Career SuccessCarangi was most known in modeling circles by only her first name. After being featured in Philadelphia newspaper ads, Carangi moved to New York City at the age of 17, where she quickly rose to prominence. She was a favorite model of various fashion photographers, including Francesco Scavullo, Arthur Elgort, Joseph Petrellis, Richard Avedon, Denis Piel, Marco Glaviano, and Chris von Wangenheim.Well-integrated within the fashion world, Carangi had the selection of several photographers, most notably Scavullo. By the end of 1978, Carangi was already a well-established model. In an interview with 20/20, Carangi noted that, "I started working with very good people...I mean all the time, very fast. I didn’t build into a model, I just sort of became one." Carangi was a regular at Studio 54 and the Mudd Club. She usually used cocaine in clubs, but later developed a heroin addiction. In October 1978, Carangi did her first major shoot with top fashion photographer Chris von Wangenheim. Wangenheim had her pose nude behind a chain-link fence with makeup assistant Sandy Linter. Carangi immediately became infatuated with Linter and started to pursue her, though the relationship never became stable. Drug abuse and career declineOn March 1, 1980, Carangi's agent and mentor, Wilhelmina Cooper, died of lung cancer. Devastated, Carangi started abusing drugs. Scavullo recalled a fashion shoot with Carangi in the Caribbean when, "She was crying, she couldn't find her drugs. I literally had to lay her down on her bed until she fell asleep." Her addiction soon began to affect her work. Carangi began having violent temper tantrums, walking out of photo shoots to buy drugs, and began falling asleep in front of the camera. During one of her final location shoots for Vogue, Carangi had visible red bumps in the crooks of her elbows where she had injected heroin. The photos were airbrushed and eventually ran in the November 1980 issue of Vogue, but some photos reportedly still showed visible needle marks. By November 1980, Carangi's career was in a steep decline. Modeling offers soon ceased and her fashion industry friends, including S

Tags: American Born in 1960 Died in 1986 First celebrity female to die of aids in the spotlight