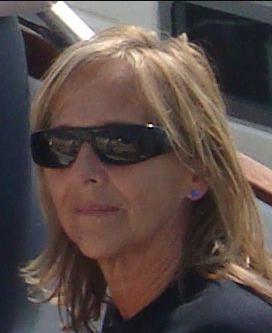 Does Hilary Heath Have the coronavirus?

Hilary Dwyer (born 6 May 1945, in Liverpool, Lancashire) is a former actress, businessperson and film producer.
Dwyer is best known for appearing in several horror films distributed by American International Pictures in the late 1960s and early 1970s, most notably her first feature film, Michael Reeves' Witchfinder General (1968), starring Vincent Price, in which she played Sara Lowes, and gave a "sensitive performance...intelligent and articulate." Of the role, Dwyer later recalled "I don't think that I realised I was the star". Dwyer enjoyed working with Reeves, describing him as "terrific, we became really good friends". In a 2010 interview at the Southend Film Festival, Dwyer described her interview for Witchfinder General as her "first casting call", in which she was "absolutely terrified" because she "knew no-one".

In 1973, Dwyer set up the talent agency Duncan Heath Associates with her then husband-to-be, Duncan Heath, who is now the co-chairman of the Independent Talent Group Ltd. In a 2002 interview in the Financial Times, Heath said of Dwyer "She introduced me to a lot of people – if it wasn't for her it wouldn't have happened."
Dwyer married Heath in 1974 and they divorced in 1989. They had two children, Laura and Daniel; the latter would later become a successful film composer.