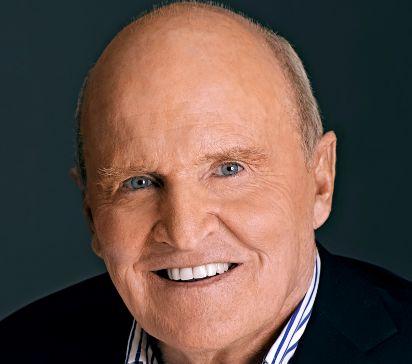 Jack passed away on March 1, 2020 at the age of 84 in Boston, Massachusetts, USA. Jack's cause of death was kidney failure.

John Francis "Jack" Welch, Jr. (born November 19, 1935) is a retired American business executive, author, and chemical engineer. He was chairman and CEO of General Electric between 1981 and 2001. During his tenure at GE, the company's value rose 4,000%. In 2006, Welch's net worth was estimated at $720 million. When he retired from GE he took a severance payment of $417 million, the largest such payment in history.
Jack Welch instilled an organizational behavior that he called "boundaryless". He called such a company, a "boundaryless company". He defined it as removing the barriers between traditional functions, and finding great ideas, anywhere within the organization, or from outside the organization, and sharing them with everyone in the company. General Electric under CEO Jeff Immelt had realigned itself becoming more specialized, cutting off ties with older businesses, and is now more focused on services in finance, health care, and aircraft engines.

Welch had four children with his first wife, Carolyn. They divorced amicably in 1987 after 28 years of marriage. His second wife, Jane Beasley, was a former mergers-and-acquisitions lawyer. She married Welch in April 1989, and they divorced in 2003. While Welch had crafted a prenuptial agreement, Beasley insisted on a ten-year time limit to its applicability, and thus she was able to leave the marriage reportedly with around $180 million.
Welch's third wife, Suzy Wetlaufer (née Spring), co-authored his 2005 book Winning as Suzy Welch. She served briefly as the editor-in-chief of the Harvard Business Review. Welch's wife at the time, Jane Beasley, found out about an affair between Wetlaufer and Welch. Beasley informed the Review and Wetlaufer was forced to resign in early 2002 after admitting to the affair with Welch while preparing an interview with him for the magazine. They married on April 24, 2004