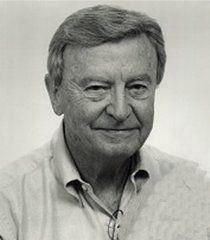 John passed away on May 15, 2015 at the age of 91 in Los Angeles, California. John's cause of death was alzheimer's disease.

John Winfield Stephenson (August 9, 1923 – May 15, 2015) was an American actor, most active in voice-over roles. He has also been credited as John Stevenson. Stephenson never gave any interviews and was rarely seen in public, although he did make an appearance at BotCon 2001.