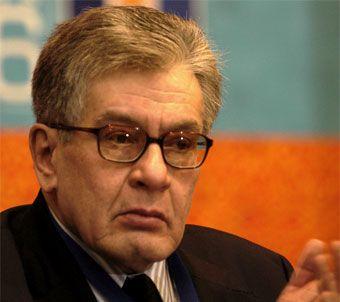 José Emilio Pacheco Berny  audio  (June 30, 1939 – January 26, 2014) was a Mexican poet, essayist, novelist and short story writer. He is regarded as one of the major Mexican poets of the second half of the 20th century. The Berlin International Literature Festival has praised him as "one of the most significant contemporary Latin American poets". In 2009 he was awarded the Cervantes Prize for his literary oeuvre.