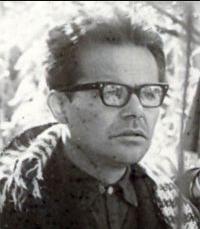 Kristaq is alive and kicking and is currently 89 years old.
Please ignore rumors and hoaxes.
If you have any unfortunate news that this page should be update with, please let us know using this .

Kristaq Dhamo (born on 20 April 1933 in Fier, Albania) is an Albanian actor and film director. He was awarded with the People's Artist of Albania medal. His 1958 film Tana was entered into the 1st Moscow International Film Festival.