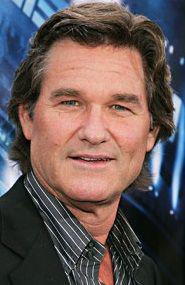 Kurt is alive and kicking and is currently 71 years old.
Please ignore rumors and hoaxes.
If you have any unfortunate news that this page should be update with, please let us know using this .

Does Kurt Russell Have the coronavirus?

Kurt Vogel Russell is an American actor. His first roles were as a child in television series, including a lead role in the Western series The Travels of Jaimie McPheeters. In the late 1960s, he signed a ten-year contract with The Walt Disney Company, where, according to Robert Osborne, he became the studio's top star of the 1970s.
Born in Springfield, Massachusetts, Russell is the son of actor Bing Russell (1926–2003) and dancer Louise Julia (née Crone) Russell. He has three sisters, Jill, Jamie and Jody. Russell played little league baseball throughout his grade school years and also on his high school baseball teams. He graduated from Thousand Oaks High School in 1969. His father, Bing, played professional baseball. His sister, Jill, is the mother of baseball player Matt Franco. From 1969 to 1975, Russell served in the California Air National Guard, and belonged to the 146th Tactical Airlift Wing, based in Van Nuys.

Russell was nominated for a Golden Globe Award for Best Supporting Actor – Motion Picture for his performance in Silkwood (1983). In the 1980s, he starred in several films directed by John Carpenter, including anti-hero roles such as army hero-turned-robber Snake Plissken in the futuristic action film Escape from New York (1981), and its sequel Escape from L.A. (1996), Antarctic helicopter pilot R.J. MacReady in the remake of the horror film The Thing (1982), and truck driver Jack Burton in the dark kung-fu comedy action film Big Trouble in Little China (1986), all of which have since become cult films. He was nominated for an Emmy Award for the television film Elvis (1979), also directed by Carpenter.
Russell married actress Season Hubley, whom he met while filming Elvis, in 1979, and had a son, Boston (born February 16, 1980). After his divorce from Hubley in 1983, Russell began his relationship with Goldie Hawn, and appeared alongside her in The One and Only, Genuine, Original Family Band, Swing Shift and Overboard. They have a son, Wyatt Russell (born July 10, 1986), and own homes in Vancouver, British Columbia, Canada; Snowmass Village, Colorado; Manhattan, New York; Brentwood and Palm Desert, California. Hawn's daughter with Bill Hudson, actress Kate Hudson, considers Russell to be her father.