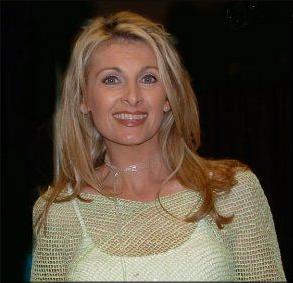 Linda is alive and kicking and is currently 59 years old.
Please ignore rumors and hoaxes.
If you have any unfortunate news that this page should be update with, please let us know using this .

Does Linda Davis Have the coronavirus?

Linda Kaye Davis (born November 26, 1962) is an American country music singer. Before beginning a career as a solo artist, she had three minor country singles in the charts as one half of the duo Skip & Linda. In her solo career, Davis has recorded five studio albums for major record labels and more than 15 singles. Her highest chart entry is "Does He Love You", her 1993 duet with Reba McEntire, which reached number one on the Billboard country charts and won both singers the Grammy for Best Country Vocal Collaboration. Her highest solo chart position is "Some Things Are Meant to Be" at No. 13 in 1996. Davis is the wife of the country singer Lang Scott and the mother of Hillary Scott of Lady Antebellum.
Davis moved to Tennessee and became a receptionist for a small studio. She occasionally sang demos and jingles. Shortly after starting her job she met a songwriter who became her husband: Lang Scott. After marrying in Spring 1984, they had two daughters: Their daughters are Hillary Scott (April 1, 1986) and Rylee Jean Scott (2000).