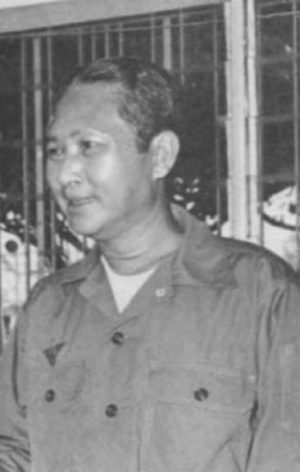 Lon passed away on November 17, 1985 at the age of 72 in Fullerton, California, United States.

Marshal Lon Nol (Khmer: លន់ នល់; November 13, 1913 – November 17, 1985) was a Cambodian politician and general who served as Prime Minister of Cambodia twice (1966–67; 1969–71), as well as serving repeatedly as Defense Minister. He led a military coup against Prince Norodom Sihanouk in 1970 and became the self-proclaimed President of the newly created Khmer Republic, ruling until 1975. He was the founder and leader of the short-lived Social Republican Party, and commander-in-chief of the Khmer National Armed Forces.