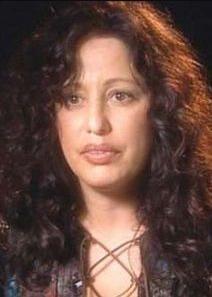 Lori is alive and kicking and is currently 63 years old.
Please ignore rumors and hoaxes.
If you have any unfortunate news that this page should be update with, please let us know using this .

Does Lori Mattox Have the coronavirus?

Lori Mattox is an American child model who was born on November 11, 1958. She is currently a partner and buyer for the Glam Boutique in West Hollywood.
She is most notable for her interview in 2015 in which she made allegations of being involved in sexual relationships with David Bowie, Jimmy Page, and Mick Jagger; relationships which are alleged to have occurred while she was underage and while the musicians were in their twenties. Her experience has become a notable discussion point in the Me Too movement, with her story marking one of the more notable examples in the shift of the movement's focus from the film industry to the music industry.

While she was still 14, at some point around the time she claims to have met Bowie, Mattix began dating Led Zeppelin guitarist Jimmy Page. According to Rolling Stone, Page went to great lengths to keep the relationship a secret due to the possibility of being arrested for statutory rape. Mattix claimed she ended the relationship when she was 16 years old after finding Page in bed with Bebe Buell. Beull gave an alternate version of these events, claiming that despite the fact that Mattix "had given herself exclusively to Jimmy (Page) from age fourteen to sixteen," she was barred by Page's security from seeing him once he began dating Beull.
Commentators have used Mattix's story to highlight the differences between social attitudes in the 1970s regarding the sexual exploitation of minors, particularly regarding people in positions of power, compared to more modern sociological values. Dr. Rebecca Hains, a children’s media culture expert, viewed the problem as a symptom of sexism in the music industry, arguing that it is a "sad commentary on our culture that modern masculinity can be so entitled, so toxic, that we are repeatedly put in the position of both loving the art and hating the man behind said art for what he did to women and/or children."
Journalist Stereo Williams framed the problem of lax social attention to such crimes as one endemic to the time period – considered unworthy of concern in the 1970s and earlier – but incompatible in a modern era where society has a greater focus on "protecting victims and holding celebrities accountable."