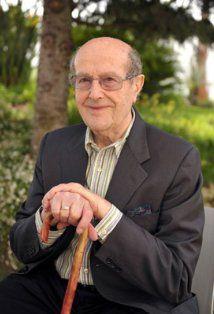 Manoel Cândido Pinto de Oliveira GCSE, GCIH (11 December 1908 – 2 April 2015) was a Portuguese film director and screenwriter born in Cedofeita, Porto. He first began making films in 1927, when he and some friends attempted to make a film about World War I. In 1931 he completed his first film Douro, Faina Fluvial, a documentary about his home city Porto made in the city symphony genre. He made his feature film debut in 1942 with Aniki-Bóbó and continued to make shorts and documentaries for the next 30 years, gaining a minimal amount of recognition without being considered a major world film director. Among the numerous factors that prevented Oliveira from making more films during this time period were the political situation in Portugal, family obligations and money.