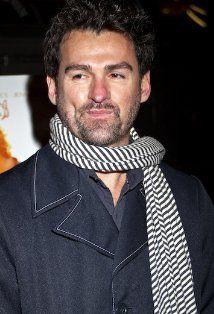 Marty Lindsey is alive and kicking and is currently 51 years old.
Please ignore rumors and hoaxes.
If you have any unfortunate news that this page should be update with, please let us know using this .

Does Marty Lindsey Have the coronavirus?

The earliest years of Marty's life were spent in Salt Lake City, Utah until, at the age of 14, he and his family moved to Arvada, Colorado. A product of Pomona High School, Marty continued his studies at Fort Lewis College in Durango, Colorado. While in college, Marty's athletic pursuits quickly took a back seat to his newly discovered passion for acting. He furthered his theater studies at Metro State College and started performing in a variety of theatrical settings throughout the Denver/Boulder area.Marty's love of acting took him to Los Angeles in 1996 where he studied with Ivana Chubbock and Christina Pickles and was featured on several television series and in a multitude of independent films. Marty busted out in the bizarro comedy, "God Made Man," where he played Lovester the psychotic but affable donut delivery man for which he received the Audience Award for Best Performance at the 2000 MicroCineFest in Baltimore, Maryland. Appearances in everything from "NYPD Blue" and "Passions" to the film noire, "Suspects in the Murder of Miss May" further illustrate Marty's versatility in front of the camera.When Marty is not acting, he writes. His writing credits include "Four Corners" (play - 2001 - Hudson Theater in Los Angeles) "Durango" (TV pilot) and "For Ben's Sake" (screenplay). Marty served as the Managing Director of his own production company, Prospector Productions, through which he produced a handful of plays, short films, and one documentary. A singer, songwriter and guitar player, Marty scored most of his own music in the last short film he produced, "Actual Size". In his most recent feature film, "The Zodiac" (starring opposite Philip Baker Hall, Justin Chambers, Rory Culkin and Robin Tunney), Marty played the elusive Zodiac Killer. "The Zodiac" was released by ThinkFilm and Myriad Pictures on limited screens throughout the United States in March 2006, with the nationwide DVD launch in August 2006, and availability through subscription services, HBO, Cinemax and Starz, in early 2007. Marty's performance received acclaim from industry experts and Zodiac aficionados alike.Since returning to Colorado in 2004, Marty has been featured in several independent films, commercials and live shows including contributions as a writer and actor in the Zoom-In Showcase in January 2006. Marty's latest completed work is the screenplay entitled "Suburban," in which Marty will also take on the role of Daniel Gold and provide his feature film directorial debut. "Suburban" is a production of Fruition Films, LLC, a company launched by Marty and the Producer of "Suburban" in early 2007