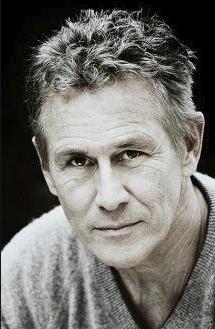 Michael is alive and kicking and is currently 76 years old.
Please ignore rumors and hoaxes.
If you have any unfortunate news that this page should be update with, please let us know using this .

Does Michael Ontkean Have the coronavirus?

Michael Leonard Ontkean is a Canadian actor. He is known for the 1970s crime drama The Rookies, the film Slap Shot, and the cult-favorite TV series Twin Peaks (1990-1991). He initially came to prominence portraying Officer Willie Gillis on the crime drama series The Rookies from 1972 to 1974, followed by lead roles in the hockey sports comedy film Slap Shot (1977) and the romantic comedy Willie & Phil (1980).
Ontkean was born and raised in Vancouver, British Columbia, the son of Muriel (née Cooper), an actress, and Leonard Ontkean, a boxer and actor. He was a child actor in Vancouver and he appeared on the Canadian television series Hudson's Bay (1959). His family later relocated to Toronto, where he attended St. Michael's Choir School, Holy Rosary and later, St. Michael's College School.

Ontkean appeared as Sheriff Harry S. Truman in David Lynch and Mark Frost's Twin Peaks (1990). He filmed scenes for Twin Peaks: Fire Walk with Me but, like many others from the original TV series, his scenes were deleted from the final film. As a result of his retirement, Ontkean did not reprise his role of Sheriff Harry S. Truman in the 2017 revival of Twin Peaks.
He is married to Jamie Smith Jackson, design director and owner of Jamie Jackson Design, and they reside in Hawaii. Together they have two daughters, Jenna Millman and Sadie Sapphire Ontkean.