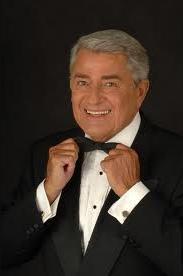 Michel passed away on April 14, 2021 at the age of 83 in Montréal, Quebec, Canada. Michel's cause of death was esophageal cancer.

Michel Louvain (born Michel Poulin, July 12, 1937, Thetford Mines, Quebec) is a French Canadian singer most popular in the 1960s and 1970s. His first hit, "Buenas Noches Mi Amor", launched his career, and his biggest hits include "La Dame en bleu" and "Je déclare l'amour au monde entier". He has also worked as a host for a varieties of shows on television and radio. In 1965 he was voted 'Mr. Radio–TV', French-Canada's top show business personality, at the Gala des Artistes.