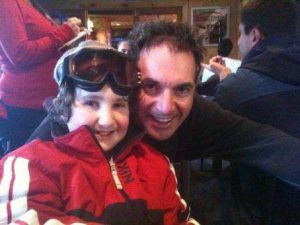 Born in Johannesburg, South Africa, Bagg grew up with a love for the arts. At age 17, he hosted a popular talk show called PULSE, then moved to Los Angeles to attend UCLA, where he received his BA and then his MFA.