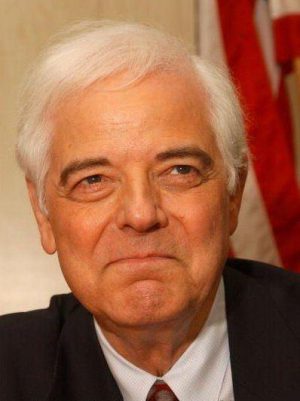 Nicholas is alive and kicking and is currently 88 years old.
Please ignore rumors and hoaxes.
If you have any unfortunate news that this page should be update with, please let us know using this .

Does Nick Clooney Have the coronavirus?

Nicholas Joseph "Nick" Clooney is an American journalist, anchorman, and television host. He is the brother of singer Rosemary Clooney and the father of actor/director/producer, George Clooney.
Clooney ran as a Democrat in the 2004 election for a seat in the House of Representatives representing Kentucky's 4th Congressional District. His opponent for the open seat was Republican Geoff Davis. Clooney was recruited to run by Ken Lucas, the outgoing Democratic congressman who had held onto the conservative district with his moderate views. With his name recognition and well-publicized endorsement from Lucas, Clooney was a big favorite to keep the seat in Democratic hands.

Early in 2004, Davis fought through a (sometimes rough) three-way Republican primary. Despite a commanding early lead, when the national media began to report on the electoral contest (due to his famous son George Clooney), his Republican opponents began using the phrase "Hollywood vs the Heartland" to describe the race. Clooney's lead began to disappear and he was dealt a blow when both The Kentucky Enquirer and the Community Press newspapers endorsed Davis.
Clooney lost 44% to 54%. During his concession speech, he said his short career in politics was over. He went back to writing a column for The Cincinnati Post three times a week, covering a wide range of topics, until the Post's discontinuation at the end of 2007.