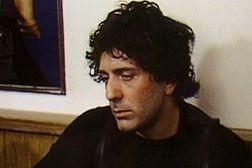 Paul Giovanni (June 2, 1933 – June 17, 1990) was an American playwright, actor, director, singer and musician. New Yorker Giovanni is best known for writing the music for the 1973 British horror film The Wicker Man. The soundtrack, which was eventually released by itself in 2002, incorporates folk song, a setting of a poem by Robert Burns and new material composed by Giovanni, who also contributed some lyrics. The music was played by folk-rock group Magnet using a combination of traditional and modern (electric) instrumentation; some parts of the soundtrack were augmented by brass instruments.