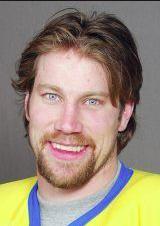 Peter is alive and kicking and is currently 49 years old.
Please ignore rumors and hoaxes.
If you have any unfortunate news that this page should be update with, please let us know using this .

Peter Mattias "Foppa" Forsberg (born July 20, 1973) is a Swedish retired professional ice hockey player and the current assistant general manager of Modo Hockey. Known for his on-ice vision and physical play, Forsberg is considered one of the greatest players of his generation. Although his career was shortened by persistent injuries, as of 2014, he stands eighth all-time in career points-per-game and fifth all-time in career assists-per-game in the NHL, only behind Wayne Gretzky, Mario Lemieux, Bobby Orr and Sidney Crosby.