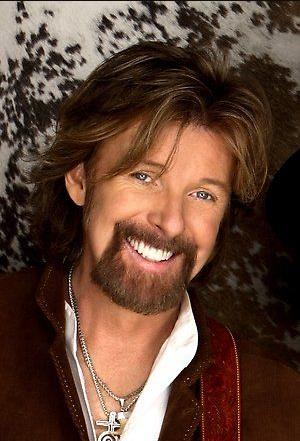 Ronnie is alive and kicking and is currently 69 years old.
Please ignore rumors and hoaxes.
If you have any unfortunate news that this page should be update with, please let us know using this .

Ronnie Gene Dunn (born June 1, 1953) is an American country music singer-songwriter and record executive. In 2011, Dunn began working as a solo artist following the breakup of Brooks & Dunn. He released his self-titled debut album for Arista Nashville on June 7, 2011, reaching the Top 10 with its lead-off single "Bleed Red". In 2013, after leaving Arista Nashville in 2012, Dunn founded Little Will-E Records. On April 8, 2014, Ronnie Dunn released his second solo album, Peace, Love, and Country Music through his own Little Will-E Records. On November 11, 2016, he released his third album Tattooed Heart on NASH Icon label.
Dunn was born in Coleman, Texas, and attended 13 schools in his first 12 years of school. He began school in New Mexico and finished his formal education at Abilene Christian University in 1975 as a psychology major. When he began playing bass guitar and singing with bands in clubs in the Abilene, Texas, area, the university gave him the choice of either quitting the band or the university. He chose to leave the university and moved to Tulsa, Oklahoma, for a chance at the country music scene. He lived there for many years while drawing much inspiration from local honky tonks such as Tulsa City Limits, which is prominently featured in the music video for Brooks & Dunn's hit "Boot Scootin' Boogie". While he was in college, he served as a music and youth minister at Avoca Baptist Church in Avoca, Texas.

Ronnie Dunn has over 15 Grammy nominations, has won 24 Broadcast Music Incorporated (BMI) Million-Airplay awards and BMI Country Music Songwriter of the Year in 1996 and 2001. He has received more than 27 ACM awards, winning Top Vocal Duo every year since 1991 except for 2000 when the honor went to Montgomery Gentry and 2007 and 2009 when the honor went to Sugarland, including three Entertainer of the Year awards and vocal event of the year in 2005, for their hit "Building Bridges" with Vince Gill and Sheryl Crow's background vocals, along with his Single of the Year for his gospel song "Believe." He is a member of the Texas, Oklahoma and Arkansas Music Halls of Fame. Brooks and Dunn have won more Country Music Association awards and Academy of Country Music awards than any act in the history of country music. Dunn was also the National Anthem singer before Game 3 of the 2011 World Series in Arlington, Texas.