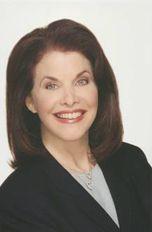 Sherry is alive and kicking and is currently 77 years old.
Please ignore rumors and hoaxes.
If you have any unfortunate news that this page should be update with, please let us know using this .

Does Sherry Lansing Have the coronavirus?

Sherry Lansing is an American former actress and film studio executive. She is a former CEO of Paramount Pictures, and when she was the president of production at 20th Century Fox, she was the first woman to head a Hollywood movie studio. In 1996, she became the first woman to be named Pioneer of the Year by the Foundation of the Motion Picture Pioneers, and she was the first female movie studio head to receive a star on the Hollywood Walk of Fame. In 2005, she became the first female movie studio head to place hand and foot prints at the Grauman's Chinese Theater. In 2001, she was named one of the 30 most powerful women in America by Ladies' Home Journal, and The Hollywood Reporter named her fourth on its Power 100 list in 2003.