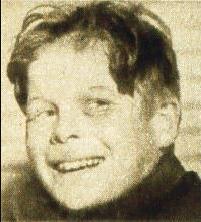 Sherwood passed away on August 6, 1987 at the age of 64 in Newport Beach, California. Sherwood's cause of death was cancer.

Sherwood Bailey (August 6, 1923 – August 6, 1987) was an American child actor. His parents were nonprofessionals. He is most notable for appearing as the red-headed, freckle-faced bad boy and enemy of the gang Spud in the Our Gang short subjects series from 1931 to 1932. Spud was characterized as the mama's-boy type who got away with everything and who also liked the girls a lot.