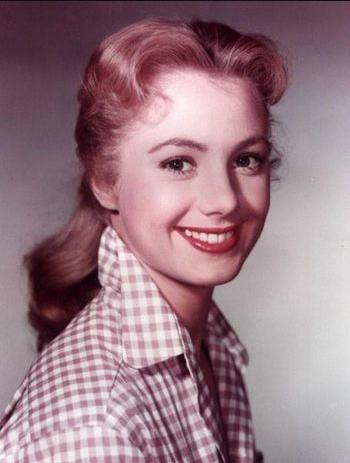 Shirley is alive and kicking and is currently 88 years old.
Please ignore rumors and hoaxes.
If you have any unfortunate news that this page should be update with, please let us know using this .

Does Shirley Jones Have the coronavirus?

Shirley Mae Jones (born March 31, 1934) is an American singer and actress of stage, film and television. In her six decades of show business, she has starred as wholesome characters in a number of well-known musical films, such as Oklahoma! (1955), Carousel (1956), and The Music Man (1962). She won the Academy Award for Best Supporting Actress for playing a vengeful prostitute in Elmer Gantry (1960). She played the lead role of Shirley Partridge, the widowed mother of five children, in the musical situation-comedy television series The Partridge Family (1970–74), which co-starred her real-life stepson David Cassidy, son of Jack Cassidy.