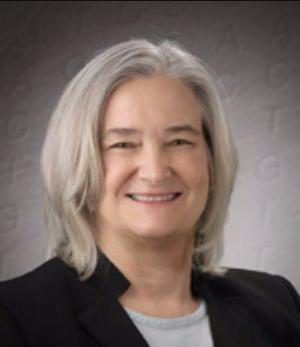 Susan is alive and kicking.
Please ignore rumors and hoaxes.
If you have any unfortunate news that this page should be update with, please let us know using this .

Susan Kelly Barnes Scientist - Pacific Biosciences of California, whose chief financial officer is Susan Kelly Barnes ’76, makes superfast DNA sequencing machines with the potential to transform biological research. The company offered shares for sale to members of the public for the first time on Oct. 27, successfully raising its initial public offering (IPO) goal of $200 million.Based on a new technology, the machines use laser scans to decode loops of DNA in tiny “nano holes,” allowing for the first time the observation of natural DNA synthesis by DNA polymerase, an enzyme, as it occurs.In a news release, PacBio said that the Menlo Park, CA-based company “has developed a novel approach to studying the synthesis and regulation of DNA, RNA and proteins” that provides a window into biological systems not previously open for scientific study. Applications include potential uses in molecular diagnostics, drug discovery and development, food safety, forensics, biosecurity and bio-fuels.A trustee of the College, Barnes joined PacBio last February with nearly 30 years experience in senior financial management. From 1997 to 2005, she was senior vice president, finance and Chief financial officer of Intuitive Surgical, Inc., taking the company from early development stages to public. An archaeology major at Bryn Mawr, she received an M.B. A. from the Wharton School, University of Pennsylvania. From 1985 to 1991, she served as vice president and chief financial officer of NeXT Computer, Inc, a company she helped start with Steve Jobs after serving as controller of the Macintosh Division at Apple Computer from 1981-85.