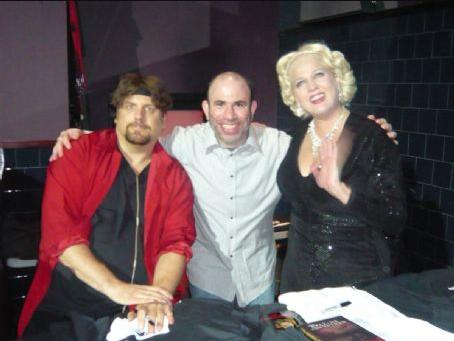 The is alive and kicking and is currently 64 years old.
Please ignore rumors and hoaxes.
If you have any unfortunate news that this page should be update with, please let us know using this .

John Edward Szeles (born September 9, 1958), better known by the stage name The Amazing Johnathan, is an American stand-up comedian/magician. His act is mostly composed of hijinks, interaction with one specific audience member, and a few legitimate magic tricks. From 2001 to 2014, he was a year-round headliner in Las Vegas. Self-described as the "Freddy Krueger of Comedy", Szeles usually performs wearing his everpresent headband and his shows frequently use gore, such as pretending to suck on his own hanging eyeball, cutting his wrists, and skewering his own tongue. He is also good friends with fellow performer Criss Angel, and has helped Angel perform a variety of illusions, most notably during his three guest appearances on Mindfreak.