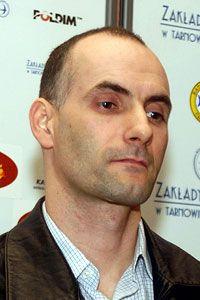 Tomasz is alive and kicking and is currently 51 years old.
Please ignore rumors and hoaxes.
If you have any unfortunate news that this page should be update with, please let us know using this .

Tomasz Gollob (born 11 April 1971 in Bydgoszcz, Poland) is a Polish motorcycle speedway rider who has appeared in every Speedway Grand Prix series since its inaugural season in 1995. His brother Jacek is also a speedway rider.
Gollob also spent some time in Australia in the early-mid 1990s based at the North Arm Speedway in Adelaide. While In Australia, Gollob would race against many of his future World Championship rivals including Jason Crump, Leigh Adams, and Ryan Sullivan. Gollob is the only World Champion to win the Jack Young Solo Cup held in Adelaide each year in memory of Australia's 1951 and 1952 World Champion, Jack Young. He won the cup in 1995 at North Arm.

Gollob was also a member of the Poland speedway team that won the World Team Cup in 1996 and the World Cup in 2005, 2007, 2009, 2010, 2011.
In 2007 Gollob survived a plane crash with fellow rider Rune Holta. The plane, flown by his father Władysław, crashed on the way to a speedway meeting at Tarnów. Gollob escaped with cuts and bruises after pulling his father from the wreckage.