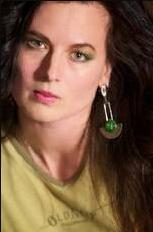 Traci is alive and kicking and is currently 54 years old.
Please ignore rumors and hoaxes.
If you have any unfortunate news that this page should be update with, please let us know using this .

Traci Lynn Kochendorfer (born August 28, 1968) in Dayton, Ohio is an American fitness champion, singer, actress and author. While under sponsorship with the US Army she earned American fitness titles and medals which landed her international TV appearances that aired on ESPN2, Fox Sports, and TSN. She grew up athletic, first performing on stage at the age of two. She won many talent shows with her stage performances of art drawn from ballet, tap, jazz, drill team and track and field. Early life and family Traci grew up in Ohio raised by her Mother Sharon Lipinski who divorced her father David Kochendorfer at a young age. Her mother retired from the government and her father was a sales and business man. Kochendorfer is of Italian, German, Polish and other heritage. She had a strong connection to family, being raised Catholic and being very much involved in church. After her mother remarried they converted to Lutheranism, she continued her Catechism to graduate and contributed in many areas spiritually throughout her life. She grew up as a child performer winning many talent shows although she suffered from losing her hearing starting at the age of four. Her parents wanted her to attend University of Dayton, but after she was crowned All-American Superior and Miss Wright State of Ohio out of high school, she won a scholarship to attend Wright State University. She later transferred to Sinclair Community College to study business and accounting. In 1996 she was transferred to Texas and then North Carolina, where she attended five more colleges in Pre-medicine, nutrition, with minors in social science, theology, and government. In the 90's she sang , wrote and produced with many artists like Cover Girls, JOE, Callaways who along with partner producer her girl group Tre' Finese and later started her own Tour Band " Swing Shift' She was a child talent with like Romper Room, Elvis and Michael Jackson competition that landed her dance and vocal awards. Traci made her first film debut in 1989 as a downtown shopper in the popular Christmas film Chevy Chase Christmas Lampoon Vacation.