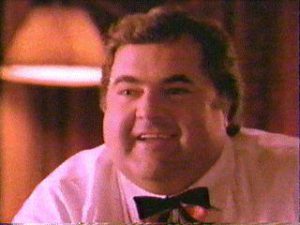 Walter Olkewicz (born May 14, 1948) is an American actor who played Marko in Wizards and Warriors and Coach Wordman in Making the Grade. He also guest starred in many TV shows including Night Court, Seinfeld, ER, and Who's The Boss, and was a semi-regular on Dolly Parton's 1987-88 variety show Dolly!. He also played Jacques Renault on Twin Peaks.