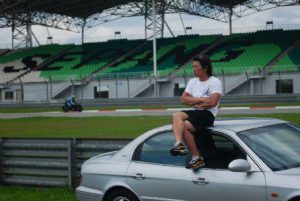 Yukio is alive and kicking and is currently 48 years old.
Please ignore rumors and hoaxes.
If you have any unfortunate news that this page should be update with, please let us know using this .

Yukio Kagayama (born 4 May 1974 in Yokohama Japan) is a professional motorcycle road racer. He began motorcycle racing in 1990, spending many years in the All Japan Road Race Championship, finishing fourth in 2001. He contested four 250 cc World Championship races in 1997 and 1998, finishing top-8 in all four. In 2003 he raced in the British Superbike Championship for Rizla Suzuki, alongside double British champion John Reynolds, and had won three races when he crashed heavily at Cadwell Park.