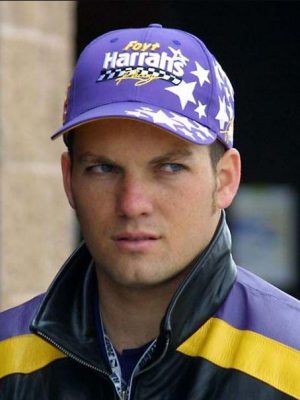 Airton is alive and kicking and is currently 44 years old.
Please ignore rumors and hoaxes.
If you have any unfortunate news that this page should be update with, please let us know using this .

Airton Daré (born February 9, 1978 in Bauru, Brazil) is a Brazilian race car driver who has competed in the Indy Racing League. He made his first IRL start in 2000 and was a long-time driver for A.J. Foyt Enterprises. Airton has a single IRL race win which he captured for Foyt in 2002 at Kansas Speedway. He was also the 2000 IRL Rookie of the Year. Dare has five starts in the Indianapolis 500 with a best finish of 8th in 2001. His best IRL points finish is 9th in 2002. He drove in the 2006 Indianapolis 500 for Sam Schmidt Motorsports, finishing in 18th position. He is also racing stock cars and motocross in his native Brazil.