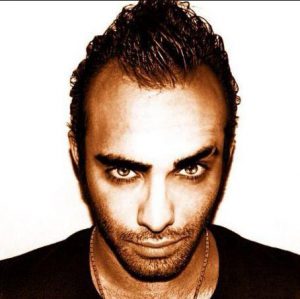 Akram Ojjeh was a Syria-born Saudi businessman. Ojjeh founded Techniques d'Avant Garde, an investment company focused on advanced technologies. Ojjeh was an intermediary in deals between Saudi Arabia and France, particularly arms sales. Ojjeh brokered the sale of tanks, aircraft, Thomson electronic equipment to Saudi Arabia and large French purchases of oil. The Economist said "Mr Ojjeh [became], in effect, the representative of the Saudi defence ministry in the French-speaking world."
Ojjeh was involved in the marketing of the French Mirage 2000 fighter jet to Saudi Arabia in competition with the British Tornado. Adnan Khashoggi said in 1994 that Ojjeh was persuaded by the British sales team to "drop his role as 'fixer' for the French." British Aerospace went on to win what became the Al-Yamamah arms deal.

Ojjeh was married four times. He was firstly married to a French woman with whom he had five children including Mansour and Aziz. He later married to Nahid Tlass (born 1958) who is daughter of former Syria Defense Minister Mustafa Tlass.