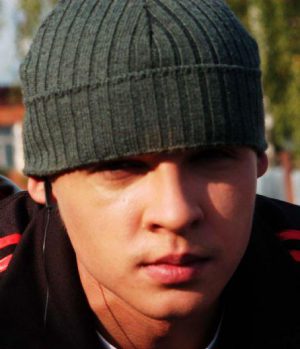 Aleksandr is alive and kicking and is currently 38 years old.
Please ignore rumors and hoaxes.
If you have any unfortunate news that this page should be update with, please let us know using this .

Does Aleksandr Golubev Have the coronavirus?

Alexander E. Golubev was born July 2, 1983 in Moscow. From 2000 to 2004 - Student Workshop Vitaly Solomin.As a student, Alexander starred in many graduate jobs.In his spare time working on the voice acting films and programs, played a small role in the theaters of Moscow, was filmed for TV. In the third year playing in the play antrepriza Dmitry Astrakhan "Family idyll"Filmed in the first clip of "The Beast" "Just such a strong love" (2003).In the fourth year in the spring of 2004, starred in one of the main roles of the TV series "Cadets". The film commissioned by Channel Russia and is dedicated to the 60th anniversary of Victory in Great Patriotic War.