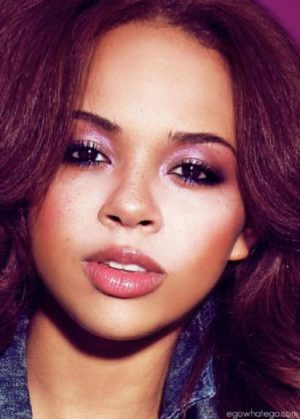 Alexis is alive and kicking and is currently 30 years old.
Please ignore rumors and hoaxes.
If you have any unfortunate news that this page should be update with, please let us know using this .

Alexis Jordan (born April 7, 1992) is an American singer and actress from Columbia, South Carolina. Jordan rose to fame as a contestant on the first season of America's Got Talent in 2006 at the age of 14. After being eliminated from the show, she began to upload cover songs to YouTube, which received millions of views. The exposure led Jordan to the attention of Norwegian production team Stargate and American rapper Jay Z, who both went on to sign her to their joint label, StarRoc.Her debut single, "Happiness", was released in September 2010, a feel good Dance-pop song it reached number one in the Netherlands and Norway, and also became a top-three hit in Australia and the United Kingdom. Jordan's debut self-titled album was released on February 25, 2011. Good Girl (Alexis Jordan song) was released as Jordan's second single in February 2011. The song debuted at No. 6 on the UK Singles Chart, giving Jordan her second top-10 hit in the United Kingdom. It also reached No. 15 in Ireland and became her second chart-topper on the Billboard Hot Dance Club Songs chart in April.Her self-titled debut album was released on February 25, 2011. It debuted on the UK Albums Chart at No. 9 and on the Australian Albums Chart at No. 11. "Hush Hush" was released as the album's third single on May 8, 2011. Jordan also featured on Sean Paul's single "Got 2 Luv U", which reached number one in Switzerland and Bulgaria. On December 28, 2013 Alexis confirmed that the lead single from her upcoming second studio album will be titled "Gone" and it will be released on March 1, 2014.Its video premiered the day before on Jordan's official YouTube channel.