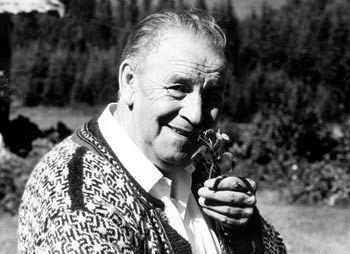 Alf Prøysen (23 July 1914 – 23 November 1970), was a writer and musician from Norway. His Mrs. Pepperpot books established him as a children's author. Prøysen was one of the most important Norwegian cultural personalities in the second half of the twentieth century, and he made significant contributions to literature, music, television and radio.