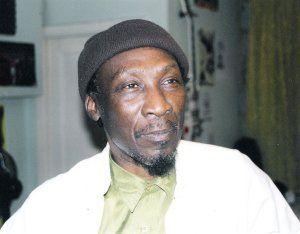 Alton Nehemiah Ellis OD (1 September 1938 – 10 October 2008) was a Jamaican singer-songwriter. One of the innovators of rocksteady who was given the informal title "Godfather of Rocksteady". In 2006, he was inducted into the International Reggae And World Music Awards Hall Of Fame.