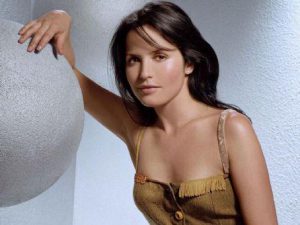 Andrea is alive and kicking and is currently 48 years old.
Please ignore rumors and hoaxes.
If you have any unfortunate news that this page should be update with, please let us know using this .

Does Andrea Corr Have the coronavirus?

Andrea Jane Corr is an Irish musician, songwriter, and actress. Corr debuted in 1990 as the lead singer of the Celtic folk rock and pop rock group The Corrs along with her three elder siblings Caroline, Sharon, and Jim. Aside from singing lead vocals Corr plays the tin whistle, the ukulele, and the piano.
Andrea Corr was born to Gerry Corr, a manager of the payroll department of the Irish Electricity Supply Board (the E.S.B.), and his wife, Jean, a housewife. She is the youngest of the four Corr children. The family was raised in Dundalk, Ireland. Gerry and Jean had their own band, Sound Affair, which played songs by ABBA and The Eagles in local pubs in Dundalk where they would often bring along their children.

With the others, Corr has released six studio albums, two compilation albums, one remix album and two live albums. Andrea has also pursued a solo career, releasing her debut album, Ten Feet High, in 2007. The album moved away from the sound of the Corrs and features a dance-pop sound. Her next album, released on 30 May 2011, was entirely made up of covers of songs that were important to her when younger.
Corr is a practising Roman Catholic and prays before performances, unlike her elder sister Sharon. Sharon Corr and Caroline Corr sang "No Frontiers" at her wedding to stock broker Brett Desmond, and Damien Dempsey, Sharon Shannon and Seamus Begley also performed on stage in the church, as did Corr herself. In November 2011, Corr's first pregnancy was announced. Corr gave birth to daughter Jean on 28 April 2012, and son Brett Jr. on 4 January 2014.